Director Ylva Kihlberg was born and educated in Stockholm, Sweden.

She started her carreer as a soprano at The Royal Opera in Stockholm, and was a

principal at The Royal Opera in Copenhagen Denmark, for 16 years.

Furthermore she has sung in England, Scotland, the USA, Mexico, Italy, Germany,

In 2017 Ms. Kihlberg had her directing debut with Puccinis opera Suor Angelica

in Copenhagen. The production was a great success and went on tour in several

parts of Denmark. Ms. Kihlberg was praised for the sharpness and musicality in

her work, for her attention to detail and her storytelling.

Other shows that Ms. Kihlberg has directed and produced are Vox Humana, a

concerts Scenes from a dysfunctional marriage, THE RING – Wagners masterpiece

in one night and Erbarme dich, a collaboration between opera, modern dance and jazz.

Offers are coming in from abroad too and she will have her directing debut in Germany in 2021 and Sweden in 2022.

Ylva Kihlberg is also a very popular acting coach, working with singers from all over the world. The USA, Canada, Australia, Switzerland, Germany, Sweden, Denmark, France and The Netherlands to mention a few. This year she has been headhunted for developing a new education in opera, at the University of Stockholm.

Furthermore, Ms. Kihlberg has educations in Leadership, Art and Culture, Project Management and Arts History. She is the leader and founder of the company ”thatsYproductions”, played the piano for ten years, is a trained dancer and used to sing in a rockband!

Ylva Kihlberg has won many scolarships and awards and has been knighted by HM Queen Margrethe II of Denmark, awarded with the Cross of Order of Chivalry. 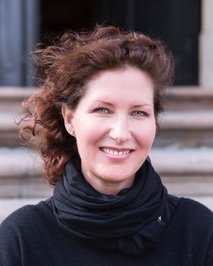